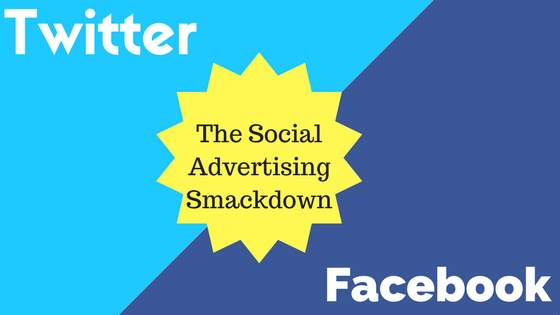 You may have run Facebook Ads and Google Ads, but many people often forget about Twitter Ads.

At flyte, we have many clients that heavily rely on Facebook and Google to drive traffic. However, they’re ignoring the opportunities of advertising on Twitter. A majority of Twitter users use this platform for news, sporting updates, product/service updates, and to join in on conversations on all of the above. Personally, I use Twitter to follow many digital marketing experts and sporting analysts. I always need to know which player will help my fantasy football team win (3 Time Champ)!

Lately, we’ve been interested in branching out from advertising solely on Facebook and Google, and seeing how Twitter ads fare. After running some similar campaigns, I wanted to share some data from our most recent Facebook Ad vs.Twitter Ad test. I have to admit, I was surprised at the results.. It’s almost as nice as finding twenty bucks on the sidewalk.

We started a Facebook Ad Campaign for our 39 Business Books That Will Grow Your Business blog post. We spent $5 a day for five days. Using Facebook’s “detailed targeting” we targeted users in the US and Canada who had interest in Mari Smith, Amy Porterfield, Jay Baer, Gary Vaynerchuk, Entrepreneurship, Dave Kerpen, and Social Media Examiner. 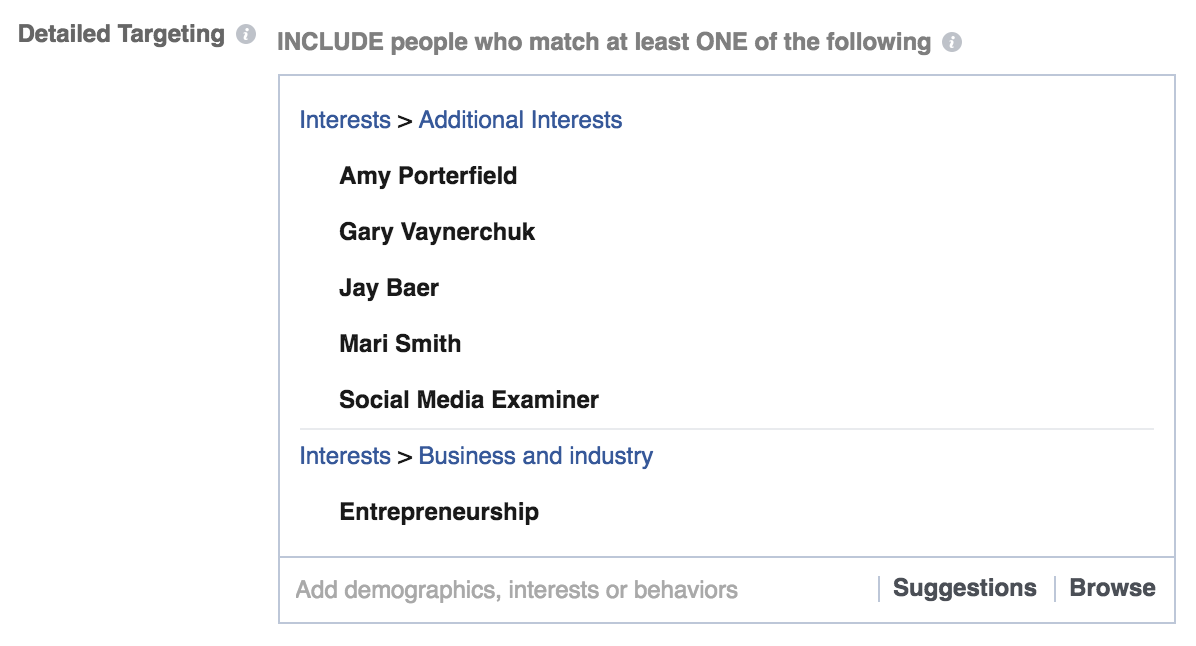 Here are the results:

On Twitter, we started a similar campaign. We spent $25 over two days. We targeted all of the digital marketers that contributed to our Business Book post as well as a few keywords and interests. There were so many different ways we targeted users, we couldn't fit into one screenshot.

These were the results:

As you can see Twitter reached a larger audience in a few days with a lower CPC. Let’s break down what we discovered.

Tailored Audiences. I found creating a detailed audience so much easier on Twitter than on Facebook. Sifting through demographics, interests, behaviors, etc. in Facebook Ad Manager can be tedious. On Twitter, all you need is a person or company’s handle to start creating an audience. We created an audience with twitter handles such as @jaybear, @MariSmith, @PatFlynn, @TheRichBrooks, @AmyPorterfield, and many more. Notice in our Facebook Ad that we were only able to reach the people that had their own business page, and only with a minimum number of fans. Also, Facebook can be flaky when it comes to targeting business pages: sometimes those pages are available for targeting, other times they don’t show up.

Keyword Targeting. This is one area where Twitter has a huge advantage on Facebook. We are able to select words and hashtags that have been used in tweets or users who have interacted with those tweets in the last seven days. This is a great way to refine the audience you are advertising to. We were focusing on entrepreneurs, entrepreneurship, business books, and digital marketing. Facebook’s keyword targeting is non-existent.

Reporting. Wow. That’s all I have to say about Twitter’s reporting system. Twitter gives us the option to break down the ads by audience segment: interest, handles, language, platform, gender, keywords, and location are all different segmented reports that you can generate.

Since we focus on Twitter handles, I really enjoyed seeing whose fans clicked on our post the most. Congrats Mari, you won! Being able to pinpoint exactly which segments of your audience is working and which ones aren’t is a simple task that will help improve your ROI.

It’s a pretty amazing feature that Facebook doesn’t have. Every digital marketing consultant, strategist, manager in the world (including me) wish Facebook had a better reporting system.

Low CPC. Advertisers will be happy about this one! Since fewer businesses are using the Twitter ad platform, it is very cheap to promote tweets. That lack of competition will allow you to advertise on Twitter for less and get a good return on investment. Your Twitter ad dollars can send people to fill out a form, attract followers, or to just start a conversion. You better jump on this before everyone else reading this post starts taking your advertising space.

Are you a small business and afraid your audience isn’t on Twitter? Thanks to Sprout Social for this infographic outlining the demographics on Twitter. 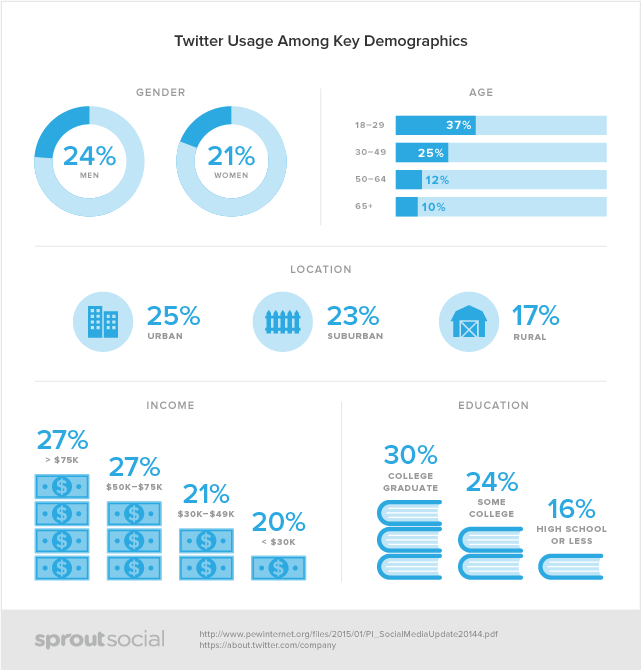 These numbers show that Twitter is a still a viable social media platform and worthy of your advertising dollars. Seeing all of the collective data from Twitter makes it obvious that segmenting to your target audience is worth a shot.

If you try your own side-by-side comparison, let us know in the comments below!