How Zombies Helped Me Build My Brand 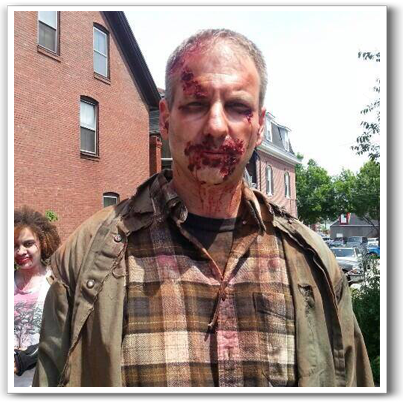 By showing your personality and being yourself, you can quickly break through barriers and make business connections that really matter.

Birth of the Undead

Back when I first got started on Twitter in aught seven, I didn’t know what to put on my Twitter bio. So, I played it safe and mentioned only my occupation: I run a web design and Internet marketing company.

After a couple of years I found my voice on Twitter and decided to inject a little more of my personality into my bio; a personality that some describe as irreverent and others describe as annoying. (There is no wrong answer.)

To that end, I included the following line in my bio: “I enjoy killing zombies and long walks on the beach.”

I don’t have any hard numbers on this, nor would I pretend to give my Twitter bio all the credit, but my followers began to increase rapidly. I started to have more conversations with people on Twitter. No longer was I just a job title, I was a person. And people like doing business with people they like.

Adding that one little line gave people insight into who I was. Like it, hate it, or just don’t get it, they got a preview of what I would be like to work with.

I’ve had other experiences like this. I’ve posted how much I like the show Phineas and Ferb and had parents come out of the woodwork to agree. Or I’ve made some obscure Snake Plissken reference and gotten kudos from Escape from New York fans. (Pop culture works best for me, but fishing, exercise, or even religion may be a better fit for you. Just tread careful on that last one.)

Topics like those are shorthand for a shared experience between you and a member of your audience. When done well, you can deepen the relationship with the people who get the reference without alienating those who don’t. 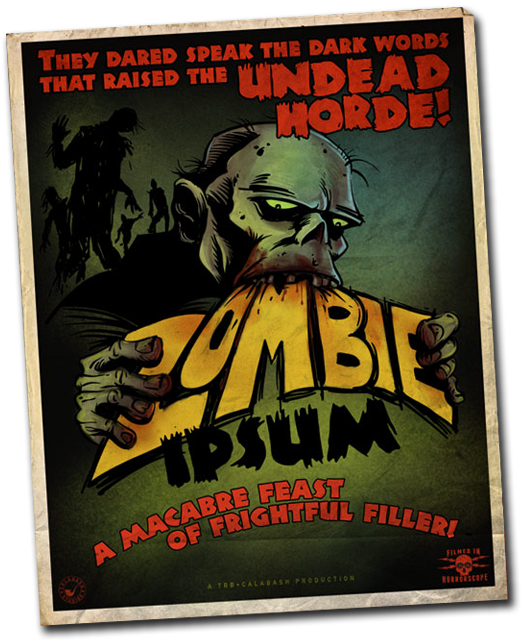 More connections mean more visibility and more opportunities. (People come for the zombies, but they stay for the content.)

Over the years I had a number of friends and even competitors recommend me for jobs that were zombie-related, including a zombie-themed energy drink that came in a commemorative shotgun casing.

Sadly, none of these came to pass.

However, a friend of mine, Josh Fisher, and I created Zombie Ipsum, an undead alternative to Lorem Ipsum. If you have no idea what Lorem Ipsum is, it’s the Latin-looking text graphic designers use when showing you a mockup of your website.

Also, I’m the tech expert on 207, the evening news program that plays on the NBC affiliates up here in Maine. I’ve been able to do segments on zombie video games and worked them into Halloween specials.

Recently, someone from the upcoming movie Night of the Living Deb reached out to me. The director had Maine roots, and had decided to shoot this zombie romantic comedy (a zom-rom-com?) here in Portland. They got my name from a mutual contact who undoubtedly thought of me because of my well-known zombie affiliations.

While they originally contacted me to get some help with their social media outreach, they ended up giving me the role of a featured zombie in the film. No word yet on whether I got a film credit.

Also, to all those people who ask if it was a speaking role…I. Was. A. Zombie. The best one can hope for is a moaning role.

But I did get to work with the stunt team, learn how to take a (movie) punch, a (movie) kick to the head, and perform a knee drop while the lead actress, Maria Thayer, sat atop my shoulders.

All in all, a great day at the office.

But What’s In It For You? 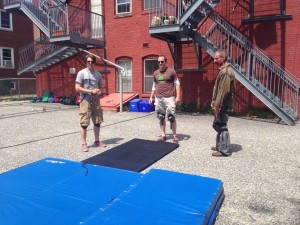 Maybe your dream isn’t to be a featured zombie in an independent movie. That’s OK. That’s not the end game.

The end game is to create a brand that people like, respect, and want to engage in business. When they see a connection between their personal quirks and your own, a connection is formed. That could be over your love of French art films, bass fishing, or locally sourced food.

The point is that your customers have choices. You have competitors everywhere. Small business and large corporations. People around the block and people across the country.

What gives you a competitive edge is the one thing no one can compete with you on: your own personality. That personality may be helpful, irreverent, or authoritative. It could be quirky, wholesome, or comforting.

It should never be forced or faked, as people will see right through that.

For some, sharing your personality publicly can feel risky. However, the reward of making important connections and growing your business makes it all worthwhile.