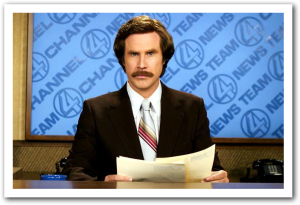 Do you ever struggle with trying to sell a high priced, high value item? By using a technique called “anchoring,” you can greatly increase your chances of making the sale. Here's how.

It was around New Year's, and I was falling into that trap of looking for new ways of staying fit and losing weight. I'm actually pretty good about going to the gym, but I was feeling that I had plateaued and things were getting stagnant.

In my inbox that morning I saw a Groupon for an hour of one-on-one personal training in kettlebells for ten bucks.
TEN BUCKS!!
I figured I'd go in, learn a workout, and go back to the Y which has a decent selection of kettlebells. The two other times I had worked with personal trainers I had gotten enough direction to create a routine which I had kept to for years, so I didn't see a difference here.
As the hour was running out, my trainer made his pitch. Ten hour long sessions were four hundred dollars, but for Groupon customers they were offering the same 10 sessions for only two hundred and fifty dollars.
I bought it right on the spot, knowing I had scored a killer deal.
A few weeks later I was driving up to Sugarloaf with my family. We were listening to You Are Not So Smart by David McRaney, a book that looks at ways in which we're deluding ourselves. For 38 chapters I laughed at how foolish other people could be. Then came chapter 39, called The Anchoring Effect.
It turns out that we have a cognitive bias (thanks, Wikipedia) to rely too heavily on the first piece of information we hear, and it colors everything else afterward.
Now you may feel that $25/hour is a great deal for a personal trainer, and you may be completely right. (Keep in mind I live in Maine and pay $8/hr for a non-driving babysitter while my brother Doug pays $15/hr for the same service in Greater Boston. And his kids aren't any more of a handful than mine.)
However, if my trainer had initially offered me ten sessions for $250, I might have hemmed and hawed, and most likely said, “let me think about it.” Then, once I had left the confines of the gym, I would have fired up YouTube, watched a bunch of kettlebell videos and never looked back.

How can you put this to use if you can't lift a kettlebell?

As seen above, a “special deal” may not seem so special without context. If you are going to offer a discount, make sure you first talk about the full price of the item.

If you offer tiered pricing for your services, lead with your most expensive option. This high-priced option becomes the anchor, and everything that follows will be colored by it. According to research psychologists even knowing about the anchoring effect can't undo it.

In fact, even if you never plan on selling the “first class” option because it's priced so ridiculously high, it still serves a purpose by making your other options look inexpensive by comparison.

Have you ever fallen for the anchoring effect? Or used it in your own business? Let me know in the comments below.
Rich Brooks
Anchors Away!