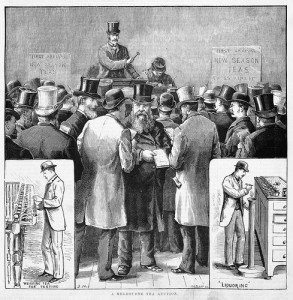 What should you bid for your Facebook Ads CPC campaign?

Recently I’ve been working with a lot of people to set up their Facebook ads, and the same question always comes up when it comes to bidding on a CPC (Cost Per Click) campaign: “how much should I bid and what will I end up paying per click?”

While the answer to this varies, here are some basics for understanding how it all works and how you can control how much you spend.

Start by creating a Facebook ad: the headline, image and text you want to include.

Next, decide what audience you want to target: gender, location, and other likes are popular filtering options.

Lastly, determine how much you’re willing to spend on each click.

But wait! you say. That’s what I’m trying to figure out.

To start you off, Facebook gives you a suggested bid range. This range is determined by how many other advertisers are bidding to get in front of the same audience as you.

Since you’ll want your ad to appear, you’ll want to outbid them. To do so, plan on setting your bid to high end of the suggested range, increasing the chances that you’ll win the auction.

Facebook will automatically discount the price you actually pay for the ad based on the cost necessary to win the auction. According to Facebook: “You’ll often pay less than your maximum bid amount if it costs less to win the auction. For example, if your maximum bid is $1.00 for each click, but your ad or sponsored story can be shown for a bid of only $0.60, you’ll be charged $0.60 for that click.”

Facebook also states that, “the purpose of this process is to try to price ads in a way that minimizes the need for you to continually update your bids in order to maximize ROI. We therefore recommend you bid your true maximum CPC or CPM to strengthen your ad’s position in the auction, and allow our system to determine the true competitive price.”

There is one other factor that also determines how much you will be charged and that is past performance.

If your ad is performing really well, Facebook will start serving the ad to your audience more often. (They want to make money.) According to Facebook, Ads and sponsored stories are ranked based on eCPM, which is calculated as: CPC bid x click-through rate (CTR) = eCPM, a good eCPM ensures more clicks for you! Not only will your ad be shown more often. This will also lower your bid. The higher your CTR the lower your cost.

According to Facebook, “if an ad doesn’t perform well when it’s first running on our site, or if its performance declines over time, our system will determine that this ad is less likely to perform well in the future and will display the ad less often as a result. Monitor your CTR from your Ads Manager to ensure good performance. If you are seeing a decline in performance, try editing your ad creative so that it resonates better with your target, adjust your targeting or raise your bid to be more competitive.”

So, how much will you pay? You determine your budget.

Have you ever tried advertising on Facebook? How did it work out?